Lincoln and the Magna Carta

Wonderful post by Millie Thom to mark the 800th anniversary of the Magna Carta!

On June 15, 1215 – or 19th according to some sources – at a place called Runneymede (near Windsor) on the River Thames, King John of England reluctantly signed a treaty with the powerful barons of the realm. The document was a series of written promises that John would govern the country and deal with its people according to the customs of feudal law. In other words, the charter was an attempt by the barons to stop John from abusing his power and the people of England suffering as a consequence. The charter became known as the Magna Carta: Latin for the Great Charter. Here are a couple of interpretations of the signing: 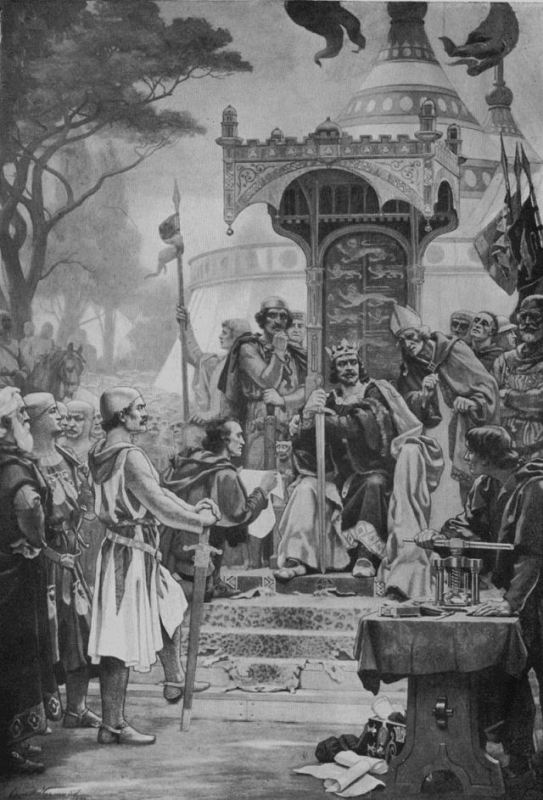 Kookaburra sweet, you neither chirp nor tweet. Your laughter is much like mine, my cackle is much like thine. We are two sister souls, one clad in feathers, the other in clothes. ~ Irina ~ I’m a budding blogger. Poetry and photography are my newest passions, living in perfect harmony inspiring each other. I like both free verse and form poetry and am quite proud to let you know that I am the creator of a new form named ‘tercetonine’. Blog Name: Irina's Poetry Corner Blog URL: http://irinadim.com
View all posts by irinadim →
This entry was posted in Uncategorized. Bookmark the permalink.

1 Response to Lincoln and the Magna Carta