Growing Up In The 1940s – Top Priority: Patients’ Welfare – WWII

You can read Part 5 here. 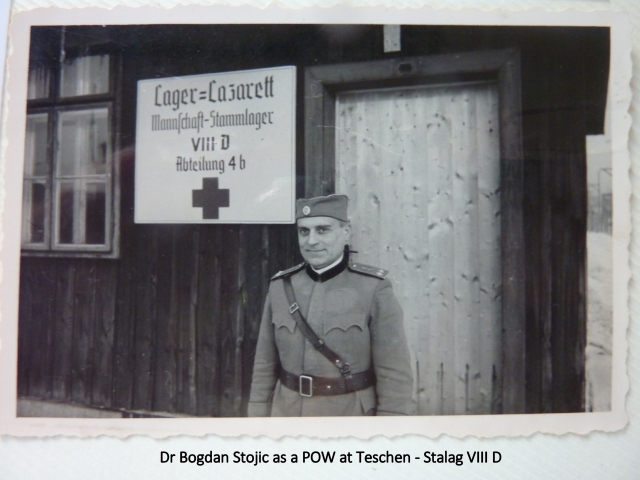 ‘When the Germans dismissed the kind Oberarzt, a captain and a major replaced him. The major was a Nazi, a swine. The captain was kinder. He called us four Serb doctors to report, and he said, pointing at me: “We know what you are doing. We would love to have a German doctor who would look after our prisoners in Siberia as you look after your men and your allies. But enough is enough, as of today, this must stop. Go each to your ward and discharge all those who are healthy.”

We returned to our respective wards, and my colleagues discharged almost all patients, even those who were sick, they got such a fright. I didn’t discharge any of my patients. On the contrary, I even admitted one. I was just coming out of my room when I saw a man walking slowly past, holding his stomach. I asked him: “What’s wrong?” He said: “It hurts here, but Dr Savić has just discharged me.” “Come and see me tomorrow at ten o’clock. I’ll examine you,” I said. He was truly ill. I admitted him to my ward. When the major heard that I didn’t discharge anyone but even admitted one, he called me and said: “Yesterday, Dr Savić discharged a man, and you admitted him. “Yes, I did, “I replied. “Because he has a duodenal ulcer.” He immediately gave orders that the man be examined at the German military hospital. I then asked for permission to go with him and to take along another four men, which was granted. When the German doctor finished with the examination, the Nazi major from our camp rang the military hospital enquiring about the result of the examination, and he heard that the man indeed had a duodenal ulcer.

On our way back, a German high-ranking officer, a lieutenant, walking toward us stopped and asked the German guard: “Who are these people?”
“Their doctor took the prisoners to the hospital to be examined,” the guard replied.
“Das sind Soldaten wie du, behandele sie so wie Soldaten!” (They are soldiers like you, treat them like soldiers!). He was a very fine gentleman.

On returning to our hospital, the Nazi major ordered me to immediately discharge that patient suffering from a duodenal ulcer. What could I do now? Nothing. This time I had to obey orders. From then onwards he was against me, and about a month later, I was accused of mounting an insurrection in the camp. As if a doctor could stage an insurrection!’

Kookaburra sweet, you neither chirp nor tweet. Your laughter is much like mine, my cackle is much like thine. We are two sister souls, one clad in feathers, the other in clothes. ~ Irina ~ I’m a budding blogger. Poetry and photography are my newest passions, living in perfect harmony inspiring each other. I like both free verse and form poetry and am quite proud to let you know that I am the creator of a new form named ‘tercetonine’. Blog Name: Irina's Poetry Corner Blog URL: http://irinadim.com
View all posts by irinadim →
This entry was posted in History, Story, WWII and tagged Dr Bogdan Stojic, Germany in WWII, Growing Up In The Forties, historical memoir, History, Irina Dimitric, medical care in a POW camp, memoir, memories, POW in WWII, wartime story, WWI memoir. Bookmark the permalink.

3 Responses to Growing Up In The 1940s – Top Priority: Patients’ Welfare – WWII